Last year we posted about the Bridge Coaching tablecloths, and how they have made such a positive difference with the local bridge club. Well, the bridge club is still going strong, and they've even added new members. The bridge party tablecloth helps when new members join, especially if they are beginners or need a refresher on bridge bidding rules.

"Everyone can play more confidently with the bidding tips right in front of them. So, it makes the game more enjoyable for everyone," said one bridge club member.

Culinary Apple carries other bridge supplies, too, like high quality Piatnik bridge playing cards, score books and tallies (which can be difficult to find), and a bridge bidding guide. The other item that has become more popular lately is the bridge coaching placemats. These include the same information as the bridge tablecloth, but are laminated. They offer great flexibility when the only table available isn't a typical card table size. The placemats are easy to clean and store, as well. Does a Healthy Thanksgiving sound like an oxymoron? Well, Chelan Fresh paired up with local chef, Meg Raines to accomplish just that. The task laid out for Meg was to create a Thanksgiving menu that would bring the whole family together with a focus on plant based foods. Meg created some mouth watering recipes that we can't wait to try like Pear and Gorgonzola Flatbread, a salad that is full of crunch and fall flavors, and a creative way to prepare acorn squash that will have your guests running for the table.

Check out this joint venture online: www.healthyyouinoneminute.com and download the Thanksgiving Recipe Book. If you have a chance to come by our store, you can pick up one of the recipe booklets free of charge. If you like that one, we've heard that we should be on the lookout for another centered around Christmas cooking!

It's so much fun making special memories with our grandkids. I love having my 3 year old granddaughter visit me in Chelan. She has her own bedroom where I keep all her special toys, many of which belonged to my son and daughter when they were kids. She also has her own cupboard in the kitchen where I keep special dishes just for her. She knows where everything is, and we have fun setting the table together. I recently bought her a plate, flatware and placemat by Constructive Eating that she loves. The set I bought for her has a fairy theme, so the fork looks little like a rake, the spoon is a shovel, and there is a garden hoe she can use to push food onto her spoon. The plate has separate sections for her meal, and it even has a little ramp where she can push small things onto her spoon. Mealtime is always fun, because she gets to play a little as she eats, and we can make mealtime into a game.

I have sent the same type of dishes to several dear friends of mine who now also have grandchildren. One of my best friends has two grandsons, and I thought they'd enjoy the construction themed set best. The spoon is called a front-loader, there's a "fork-lift", and a bulldozer. She was kind enough to send a picture of her darling grandsons using their sets. She told me they love pushing the bulldozer along the plate to load up the spoon or forklift! These are the memories I know we will both cherish, and that our grandchildren will remember long after they've grown.

Well, in the wake of the disaster and tragedy, we are reminded of all the reasons we choose to live where we live, surrounded by people like all of you. Fires blazed through our town and surrounding communities, thick smoke blanketed the area for two of what are typically the busiest weeks of our summer season. The news reports were full of gloom and doom and economic ruin.

Our local community came downtown. They shopped and dined and supported us. They immediately understood the impact this could have on their town, and they came downtown and shopped. Seems like such an easy thing to do, but it meant a lot to us. So, thank you.

Then do you know what happened?

The smoke cleared and tourists came back to support one of their favorite travel destinations. They all wanted to hear about what we'd been through, and show their support. We heard from families who come every year, and knew it was even more important to keep that tradition alive this year. We heard people say they stopped in every store on our side of the street, and were getting ready to head back up the other side. They bought something in every store. We heard from one couple who said they come every year, and usually cook their meals at their rented condo. This year they decided to eat every meal out. All were doing their part to support our local economy.

So, we just want to say thank you!

By the way, if you're still interested in ways to help with the fire relief effort, check out our previous blog. There are links at the end to connect you with organizations who accept donations of both money and time.

Chelan Complex Fires - How Can You Help? 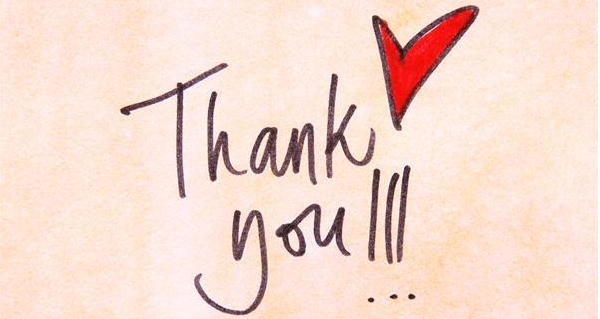 First of all, we want to thank everyone for their prayers, e-mail messages, and phone calls expressing concern and support. The Culinary Apple team is safe. Although three team members did have to evacuate their homes, all are back safe at home now.
We watched on Friday, August 14, as lightening strikes caused several blazes that threatened our community, and are still threatening homes and businesses in Chelan and Manson, as well as others throughout Eastern Washington. The efforts of the firefighting community were truly amazing to watch, and we got to see first hand the well orchestrated attack that saved our town. The fires around us are still extremely active, and our prayers are with those still threatened by the fire. To the families and friends of the three fire fighters whose lives were lost while fighting the Twisp fire, we are deeply sorry for your loss, and our prayers are with you. 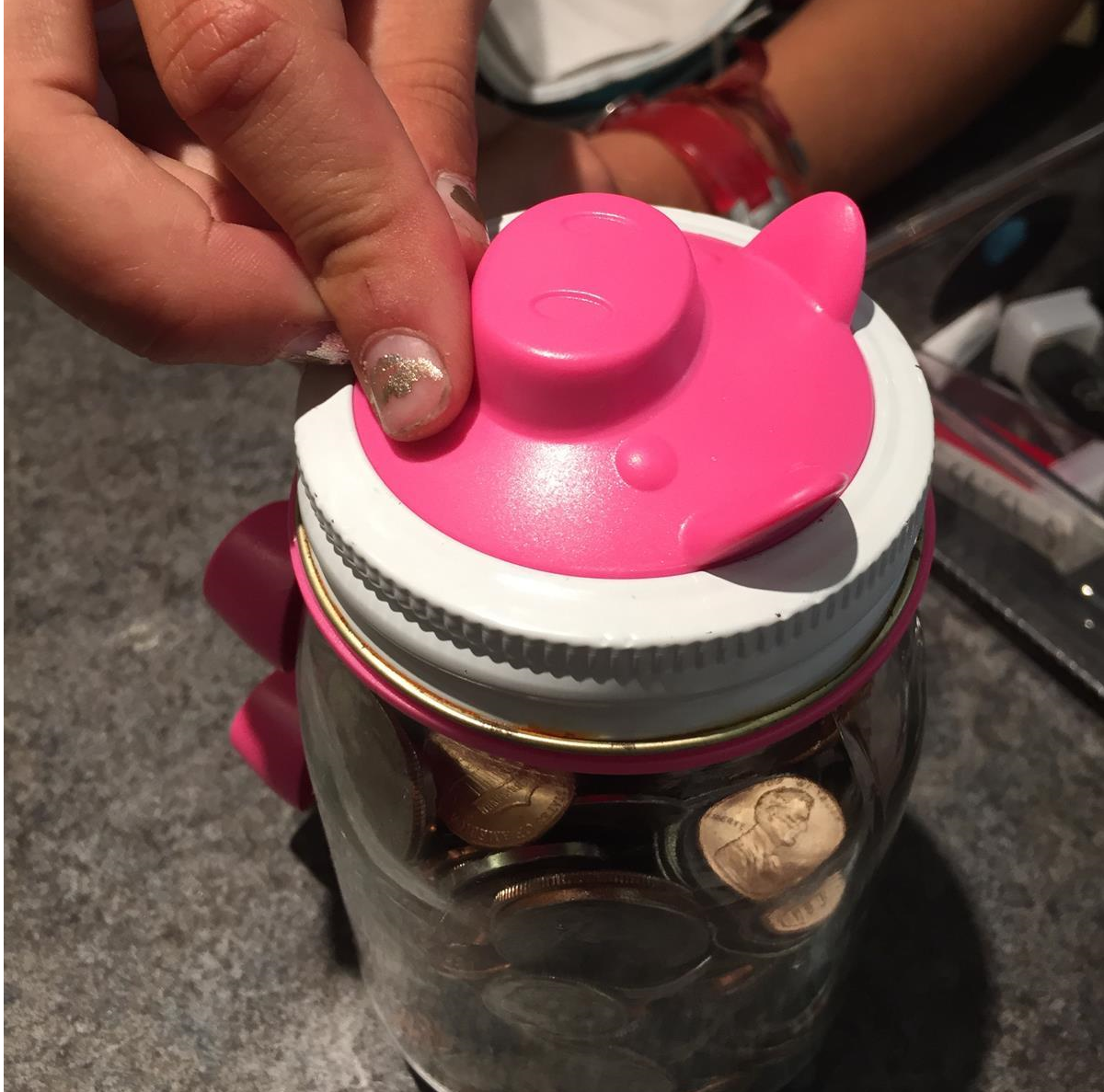 We know everyone wants to help with recovery efforts, and we have been told that at this stage the best way to do that is through monetary donations. We're joining in with many other downtown businesses to collect donations that will aid in the relief effort, and we're starting with our own piggy bank! We know that every little bit helps, because when we all give a little we can make a big difference.

We are committed to helping those affected by the fire, so we will also donate 10% of all regularly priced items purchased through the end of September to Chelan Valley Hope. This includes all in-store and online purchases.
If you're looking for more information about the charities, or other ways to donate, please take a look at these organizations that are committed to helping fire victims in our community.

What to do with Summers End Zucchini & Tomatoes?

In the Kitchen with Dave & Mary

I look forward to reading Eating Well magazine every month. On average, we make a minimum of four recipes a month that become “keepers.”

The following recipe for Sausage & Onion Stuffed Zucchini is from the July/August 2014 issue. What an incredible way to use the last of the zucchini and grape or cherry tomatoes from the garden. We used Sun Gold tomatoes, and quartering those beauties with my Wusthof Super Slicer was so easy!

Serve with a kale salad with cucumber, avocado and carrot slices tossed with a white balsamic vinegar. The one we used was aged 17 years, which adds a bright mellow flavor. This recipe is definitely a “keeper!” P.S. I still cook for 4 people, even though it’s just the two of us at home, because Dave loves a hot lunch of leftovers. He just informed me that this makes a great lunch reheated the next day. Again, a “keeper!” Thanks to Eating Well Magazine for this great recipe! To see the original, please click the picture above!

We have creative customers walk through the door every day. One customer, Ginny Schuett, was inspired by the fresh blueberries she picked by hand at Blueberry Hills in Manson, WA, and by some of the unique gadgets she discovered at Culinary Apple. Here's her story! I was in Culinary Apple twice in the past week to buy tools for pie making, and the last time I was there Mary suggested I send photos of the pie I planned to make -- a twist on something I have done before. The pie turned out great and everyone at the “potluck dessert party” raved about it. So, since it was a new way of doing a pie, I wanted to share, especially because it relied on tools from Culinary Apple. Making a rustic pie made it really easy to cut and have people serve themselves as there is no pie pan to get in the way. My twist on the idea of a rustic pie was inspired by the lattice top pie cutter I found in your store! Mix together dry ingredients in a large bowl. Cut butter into tiny pieces (slice thinly, then crosswise and crosswise again until you have tiny cubes about ¼ inch). Cut butter into dry mixture with a pastry blender leaving small bits of butter mixed with flour. Add water and vinegar and mix with a fork until the dough forms a reasonably cohesive mass but still crumbly. Finish by mixing with your hands until the dough holds together. Divide dough into 2 rounds, one bigger than the other for the base of the pie (maybe about 1 ¼: ¾ for the base: top ratio of dough), wrap in plastic wrap and refrigerate for at least an hour or two.

Putting the pie together:

Roll out larger dough round. Roll over your rolling pin and unroll onto a parchment paper lined baking sheet or pizza pan (I used the latter to make an nice platter for serving, removing the parchment after the pie is baked—it pulled out easily!). Place blueberry mixture into center of your pastry, keeping a several inch (maybe around 3 inches) border. Roll out remaining dough. Press lattice pie top cutter first into flour and then place on pastry, rolling over top with rolling pin to completely press out the tiny squares of dough. Remove cutter and cut around the perimeter of the dough to form a nice circle that will be used for the top of your pie. Roll top over rolling pin and unroll onto blueberries. With your fingers, put a little water onto the edge of the bottom crust so it seals well to the top, then push up the bottom pastry over the top pastry, pleating as needed. Brush pastry with beaten egg mixed with a tablespoon of water, then sprinkle with sugar. Bake in preheated 375 degree oven for 40 minutes or until golden brown and you can see juices bubbling from the berries. Bake an additional few minutes if needed. I am so happy I stopped into the Culinary Apple to help me create this really delicious and beautiful pie that was so easy to make.